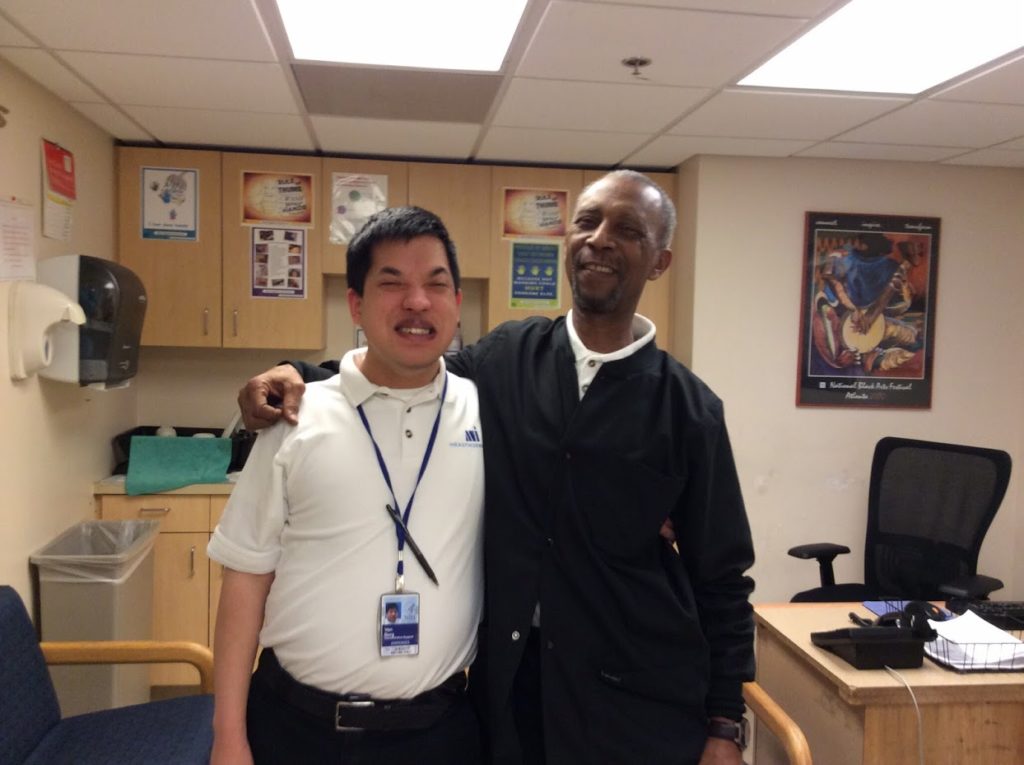 Van is 29 years old and works five days per week at the National Institutes of Health (NIH) in Bethesda, Maryland. Van interned at NIH for a year before becoming a paid employee eight years ago.

Living with his parents in Washington DC, Van commutes independently to work each day on the Metro. His father calls him “a city guy” and says Van “loves being out and about living his life.”

Van was born with a rare genetic syndrome, Koolen-DeVries Syndrome (KDVS), which, in Van’s case, involves cognitive disabilities, low muscle tone, and a seizure disorder. During his teenage years, Van studied at a special education school and interned at a nursing home and worked in a stock room at a shoe store.

After he finished high school, Van started with the first Project Search class in the area. Jeff Berg, his father, said about the program, “Project Search was like a dream come true.” Van was the first Project Search student to be hired. It was a great mutual fit. Van now works in the patient escort unit of NIH. He takes care of wheelchairs, delivering them where they need to go all over the hospital and wiping them down. Twice daily he works delivering specimens from people’s rooms to the lab and other times he picks up equipment and delivers it to be repaired.

Jeff says that Project Search was “transformational for Van and the family.” He goes on to say, “Van now has meaningful relationships with his coworkers and has his own identity as a purposeful working adult. Van loves his job; loves going to work each day; and loves feeling a sense of accomplishment.” Jeff says that the SEEC Employment Specialist has been consistently helpful throughout the past eight years and has supported Van through some rough spots. It hasn’t always been easy – Van has been suspended at work twice due to misunderstandings – but each time the Employment Specialist helped to rearrange Van’s job tasks so that they were easier to navigate. SEEC staff have been instrumental in working with NIH and coaching Van to help him succeed, for which Jeff is extremely grateful.

And while he admits it was absolutely terrifying to watch his son get on the Metro alone for the first time, Jeff believes, “It’s important for parents of adults with disabilities to let go because our kids can do amazing things given the opportunity.” Van has certainly proven that statement to be true.

Call your Senator or Congressperson to express your support for The Transformation to Competitive
Employment Act (H.R.873/S.260).  To find out the names and contact information for your representatives, please see this LINK.

For press inquiries contact Carrie McGraw at 301.576.9000 or cmcgraw@seeconline.org